How can we help you today?

How do I track Paraeducator hours with Comply? Print

With Comply you can easily track Paraeducator hours (20 per year).

In order for these hours to be tracked, users need to be identified as a Paraeducator’s within the software.  To do so, please follow the steps below on how to mark users as Paraeducators.

How to mark users as Paraeducators

To identify an end user as a Paraeducator, go to User Management --> All Users --> search for and locate the user in question --> Actions --> Edit.  Once on the edit profile page, ensure that the box for Paraeducator is checked off (see example screen grab below). 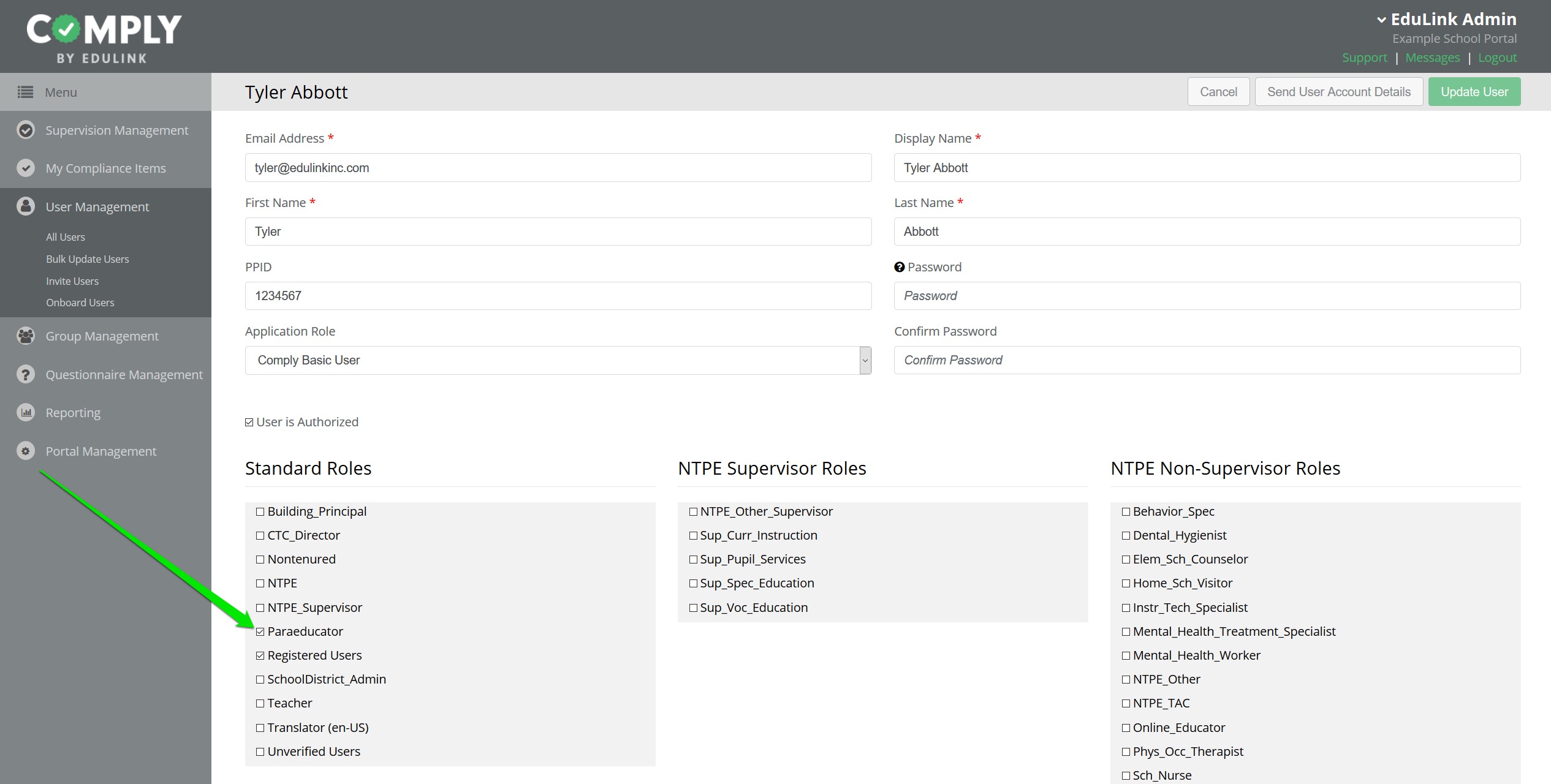 How to use Paraeducator Templates

To access Templates, go to Supervision Management -->Templates --> and search and locate the Template for Paraeducators. Next, from the item's detail page, select Actions --> Duplicate. From the edit compliance item page, customize the item to the unique needs of your school district. 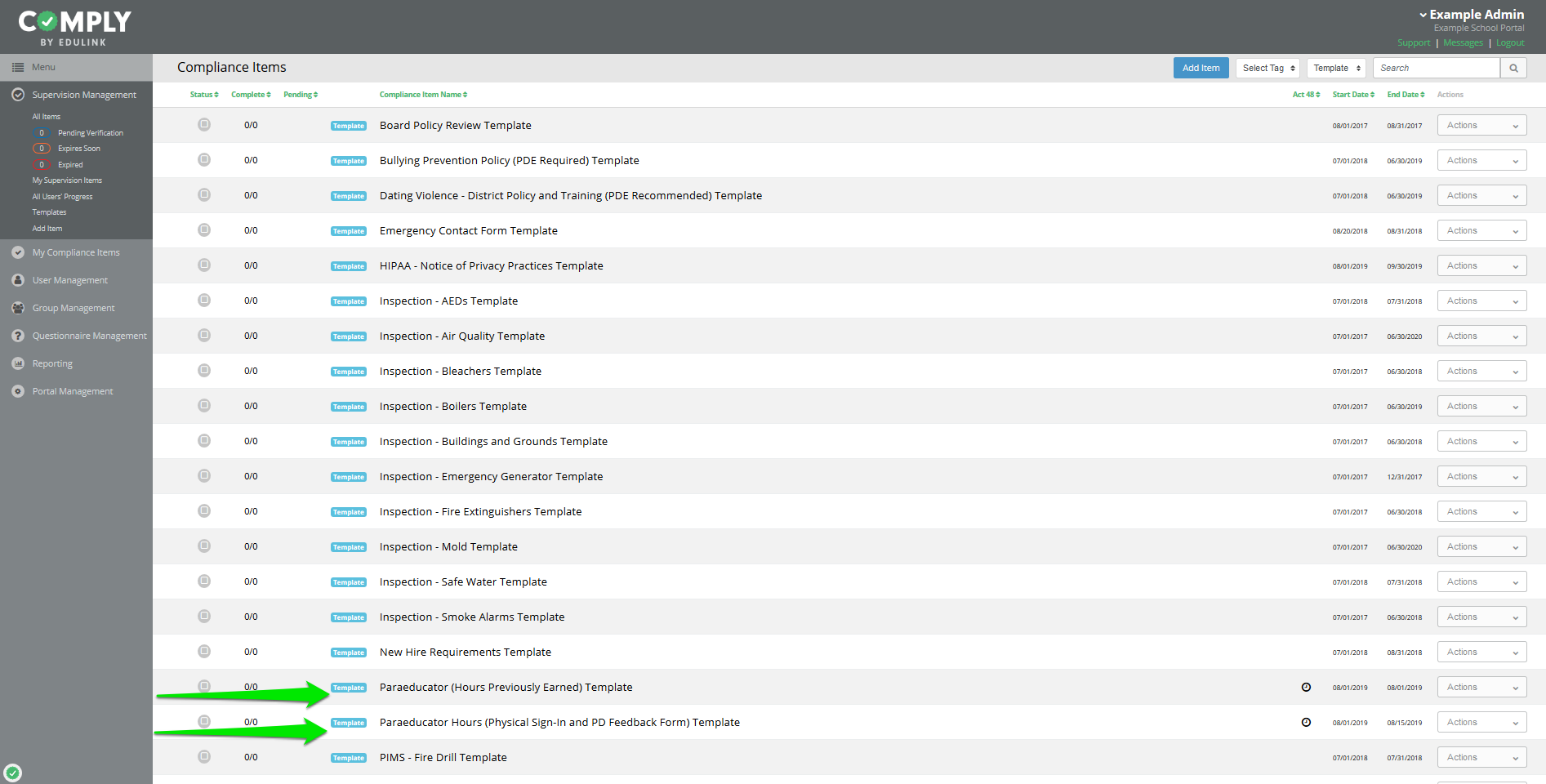 The total number of hours that a Paraeducator has accumulated in a given school year can be viewed via the Paraeducator Report.

To access this report, go to Reporting --> Act 48 Paraeducator Report --> View.  Please note that only the hours that have been approved inside the Comply software will be reported.  Paraeducator hours are recorded according to "Completed Date" of the compliance item.

Important Note: The Paraeducator Report will default to current calendar year. If you need to view a particular time period you may adjust the dates by choosing the calendar icon and then searching.

If you do not want to send the hours to PERMS, then before approving, change the Submit to PERMS toggle to No.

Did you find it helpful? Yes No

Send feedback
Sorry we couldn't be helpful. Help us improve this article with your feedback.